What does Plato have to say about Judo?

Plato (428 BC – 347 BC) was an ancient Greek philosopher, founder of western political philosophy and author of great works such as “The Republic”. He also started the Academy, the first institution of higher learning in the Western world.

So what did Plato have to say about Judo?

Well, nothing of course – he predates Judo by over 2000 years.

However – as well as being a scholar, Plato was a wrestler. Dicaearchus went so far as to say that Plato wrestled at the Isthmian games, so clearly he had a love for competition as well as academia.

The fact that the philosopher in his maturity called himself Platon is indisputable, but the origin of this name remains mysterious. Platon is a nickname from the adjective platýs (πλατύς) ‘broad’. It’s claimed that his wrestling coach, Ariston of Argos, dubbed him “broad” on account of his chest and shoulders and his wide forehead.

So what might Plato have said about Judo, had he born 2000 years later?

“In order for man to succeed in life, God provided him with two means, education and physical activity. Not separately, one for the soul and the other for the body, but for the two together. With these two means, man can attain perfection.” – Plato

In the same vein, Judo NSW is trying to show recognition of our young judokas academic achievements, such as our Academic Achievement patch, available free to all clubs.

We are also getting primary schools involved in Judo at our Junior Schools Cup on September 15th.

Is your club bringing a group to compete on behalf of their school? 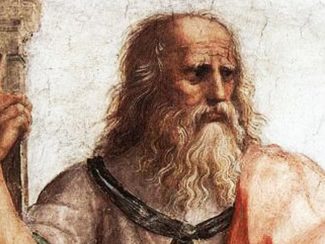